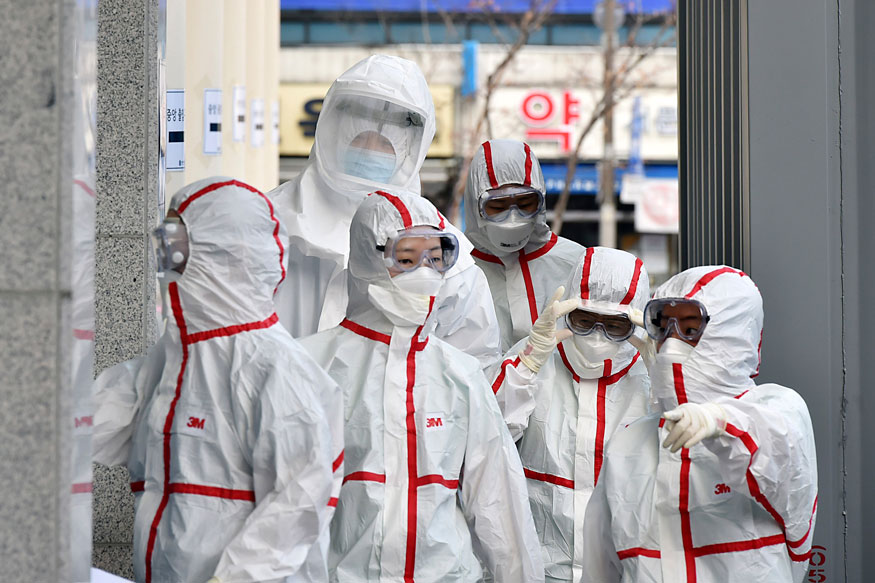 The World Health Organization (WHO) on Tuesday warned of a global shortage and price gouging for protective equipment to fight the fast-spreading coronavirus and asked companies and governments to increase production by 40% as the death toll from the respiratory illness mounted.

Meanwhile, the U.S. Federal Reserve cut interest rates on Tuesday in an emergency move to try to prevent a global recession and the World Bank announced $12 billion to help countries fight the coronavirus, which has taken a heavy toll on air travel, tourism and other industries, threatening global economic growth prospects.

The virus continued to spread in South Korea, Japan, Europe, Iran and the United States, and several countries reported their first confirmed cases, taking the total to some 80 nations hit with the flu-like illness that can lead to pneumonia.

Despite the Fed’s attempt to stem the economic fallout from the coronavirus, U.S. stock indexes closed down about 3%, safe-haven gold rose 3% and analysts and investors questioned whether the rate cut will be enough if the virus continues to spread.

U.S. lawmakers were considering spending as much as $9 billion to contain local spread of the virus.

In Iran, doctors and nurses lack supplies and 77 people have died, one of the highest numbers outside China. The United Arab Emirates announced it was closing all schools for four weeks.

The death toll in Italy, Europe’s hardest-hit country, jumped to 79 on Tuesday and Italian officials are considering expanding the area under quarantine. France reported its fourth coronavirus death, while Indonesia, Ukraine, Argentina and Chile reported their first coronavirus cases.

About 3.4% of confirmed cases of COVID-19 have died, far above seasonal flu’s fatality rate of under 1%, but the virus can be contained, the WHO chief said on Tuesday.

“To summarize, COVID-19 spreads less efficiently than flu, transmission does not appear to be driven by people who are not sick, it causes more severe illness than flu, there are not yet any vaccines or therapeutics, and it can be contained,” WHO chief Tedros Adhanom Ghebreyesus said in Geneva.