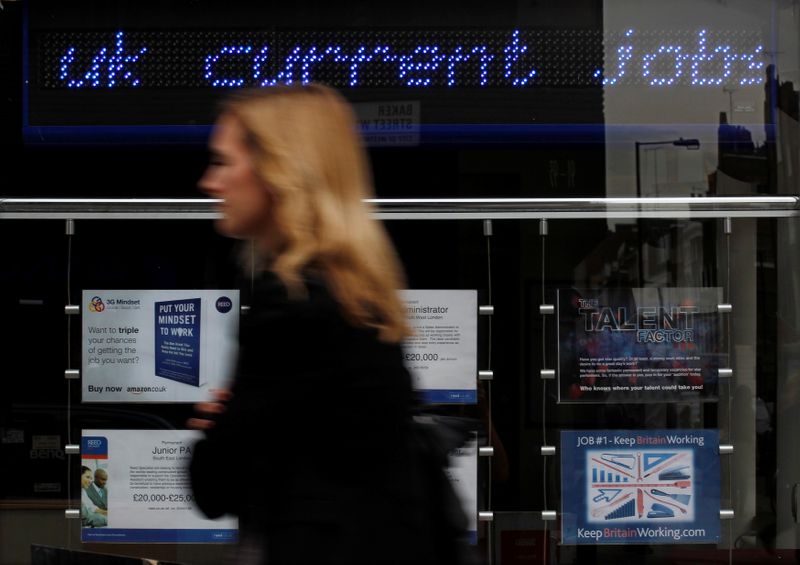 The number of people in work in Britain jumped again in the last three months of 2019, according to data which underscored how the labor market defied a slowing of the broader economy ahead of December’s election.

Full-time employment accounted for most of the growth while self-employment also rose strongly, the Office for National Statistics data showed.

Signs of weakness in Britain’s labor market in the autumn prompted two Bank of England interest-rate setters to vote for a cut to borrowing costs.

But the BoE’s other seven rate-setters have kept borrowing costs on hold amid signs that the economy picked up in early 2020 following Prime Minister Boris Johnson’s sweeping election victory on Dec. 12.

The unemployment rate of 3.8% remained at its joint lowest level since early 1975.

Total earnings growth including bonuses, rose by an annual 2.9%, the weakest increase since the three months to August 2018.

Excluding bonuses pay growth also slowed to 3.2%, its weakest increase since the third quarter of 2018.

Many employers remain worried that uncertainty about Brexit will grow again in 2020 because Johnson has ruled out extending a Brexit transition beyond the end of the year, saying he will clinch a free trade deal with the European Union by then.