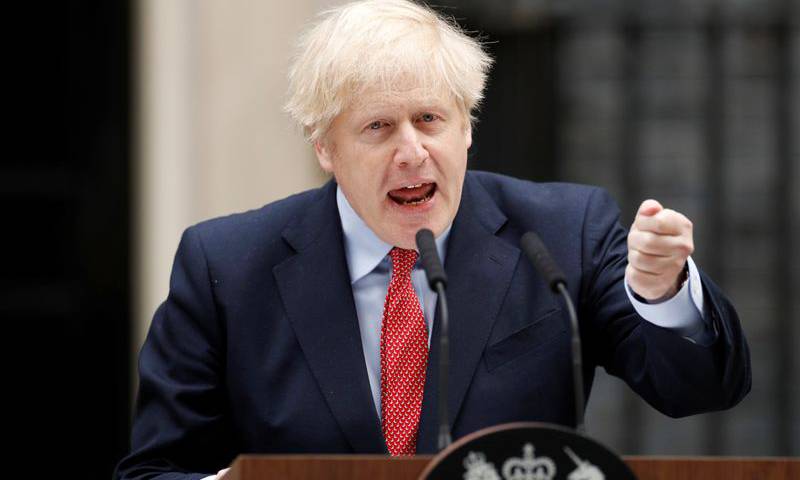 Prime Minister Boris Johnson said on Thursday Britain was now past the peak of its coronavirus outbreak and promised to set out a plan next week on how the country might start gradually returning to normal life.

In his first news conference since recovering from a serious case of COVID-19, Johnson sought to offer hope to weary Britons, but urged them to stick with lockdown restrictions that are hammering livelihoods and the economy.

“I can confirm today that for the first time, we are past the peak of this disease. We’re past the peak and we’re on the downward slope, and we have so many reasons to be hopeful for the long term,” Johnson said.

Britain has the second-highest official COVID-19 death toll in Europe with 26,771 deaths.

That has put pressure on the government over its initial response to the outbreak – which lagged some European peers – and informs its cautious approach towards lifting restrictions in case that leads to a second spike of infections.

Defending his handling of the outbreak, Johnson said the death toll could have been a lot worse.

“It’s thanks to that massive collective effort to shield the NHS (National Health Service) that we avoided an uncontrollable and catastrophic epidemic, where the reasonable worst case scenario was 500,000 deaths,” he said.

“It is vital that we do not now lose control and run slap into a second, an even bigger mountain.”

Under pressure to outline an exit strategy from the lockdown, Johnson promised to set out next week a “menu of options” on how restrictions could be eased, but said the exact dates of any change would be driven by scientific advice.

He said face coverings may play a part in the next phase, departing from the government’s line up until now, which was that there was insufficient evidence to call on the general public to start using them.