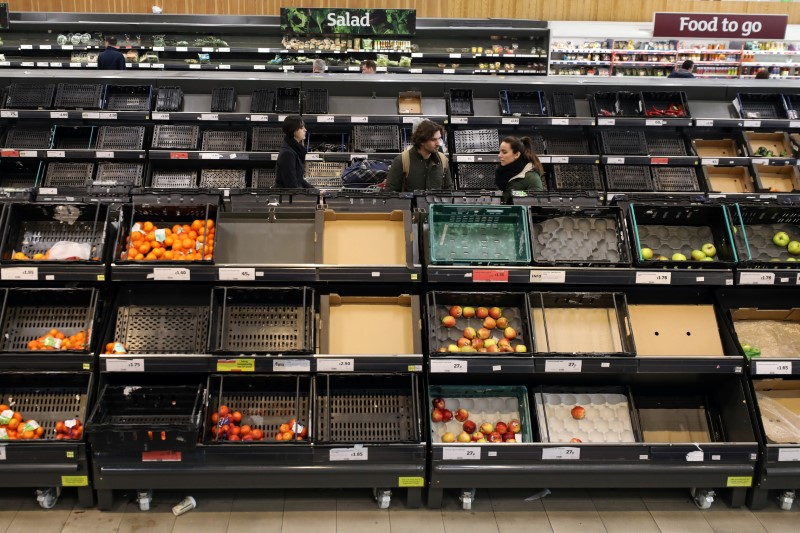 British inflation fell in February, before the coronavirus crisis hit the country, and economists predict a further sharp fall in the next couple of months due to the collapse in global oil prices caused by the pandemic.

Consumer price inflation fell to 1.7% in February from a six-month high of 1.8% in January, the Office for National Statistics said, in line with forecasts in a Reuters poll.

The decline reflected falls in the cost of fuel and often-volatile video game prices.

Since last month, the price of oil has halved in U.S. dollar terms to below $28 a barrel, and economists expect the downward impact of this on British inflation will comfortably outweigh a sharp fall in sterling to near a 35-year low against the dollar.

“CPI inflation looks set to decline sharply over the coming months and to fall comfortably below 1% in the summer,” Samuel Tombs of Pantheon Macroeconomics said.

Further downward pressure would come from a cap on household energy bills, a slump in demand for travel and the recent closure of non-essential shops, restaurants and recreation venues, he said.

“Prices in these sectors will remain frozen at their pre-virus levels for as long as the government’s shutdown lasts.”

Economists at Morgan Stanley  said on Tuesday the British economy would contract by about 10% in the April-June period due to the government’s shutdown, which it ordered to slow the spread of coronavirus, which has so far killed 422 people in Britain.

Inflation is already well below the Bank of England’s 2% target, after striking its lowest in more than three years in December at 1.3%, and there was little immediate market reaction to the data on Wednesday.

The BoE has cut interest rates to a record low of 0.1% and ramped up its bond-buying program to help cushion the hit to the economy from coronavirus.

Retail price inflation, an older, less accurate measure still used for inflation-linked government bonds and some commercial contracts, fell to 2.5% from 2.7% in January.

Producer output price inflation – a measure which can give a guide to incoming inflation pressures – slowed more than expected to 0.4% in February from 1.0% in January.