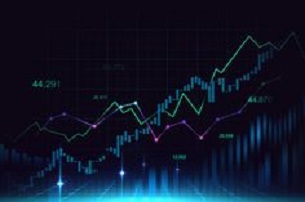 The key benchmark indices are likely to start trade on a positive note given the cues from the SGX Nifty. As of 07:50 AM, the SGX Nifty futures were quoted at 18,664 as against NSE Nifty 50 close of 16,770. While, the Omicron fears and global cues will continue to dictate market trend in the near terms, here the top stocks to focus in trade on Wednesday.

Metro Brands: The stock is likely to make a tepid debut given the indications from the GMP (10-15 % discount to issue price) and low response to its IPO. The Rakesh Jhunjhunwala backed company’s share sale was subscribed only 3.64 times during the offer period.

Nifty indices may do a weighting rebalancing on December 30, leading to estimated inflows of about $170 million, according to the research firm. The total cumulative inflow for RIL in Sensex and Nifty is expected to be $245 …

HCL Technologies: The IT company has signed a five-year agreement with CEMEX, a global construction materials company, to deliver the next generation of employee services enabled by digital transformation, increased automation and near real-time analytics as part of the CEMEX “Working Smarter Program. HCL will also collaborate with NEORIS, a CEMEX subsidiary, to create superior customer experience and achieve sustainable resiliency in CEMEX’s supply chain.

JSW Energy: The company informed BSE that its subsidiary JSW Energy (Barmer) completed the buy-back of its shares for a consideration of Rs 1,000 crore.

Yes Bank: The private lender said its board has approved a proposal to raise funds up to Rs 10,000 crore through various instruments, including equity and bonds, to support business growth.

MCX: The commodity exchange firm informed BSE that it has amicably settled a dispute with PESB a UK-based vendor, pending before Singapore International Arbitration Centre, on payment of amount equivalent to outstanding invoices.

NCL Research & Financial Services: The company’s board has approved to raise capital up to Rs 49 crore by way of Rights issue of equity shares. The board also approved to raise authorised capital from Rs 60 crore to Rs 109 crore.

M. K. Exim India: The company has announced a bonus issue in the ratio of 2:1 i.e. two free equity shares for every shareholder holding a share.

Stocks in F&O ban: Escorts, Indiabulls Housing Finance and Zee Entertainment are the only two stocks in the F&O ban period today.