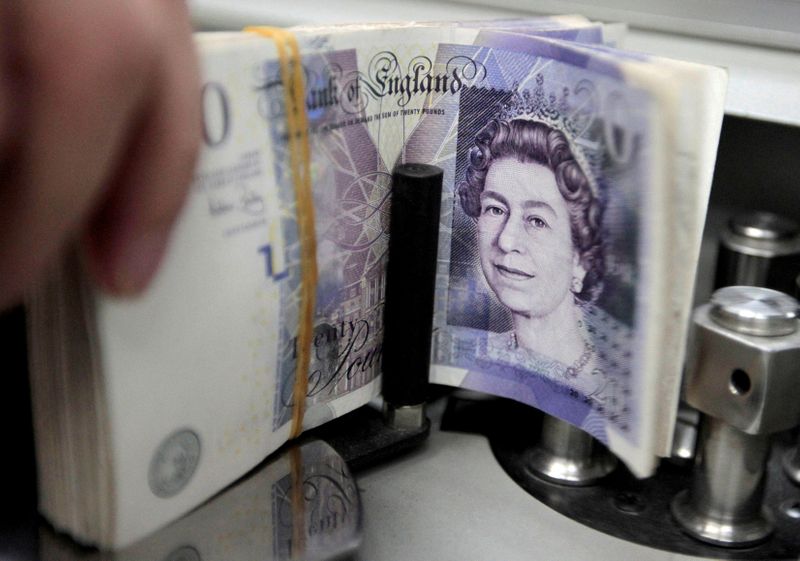 Britain’s pound will have regained some of its lost ground against the dollar in a year but forecast was slashed from a month ago as the coronavirus pandemic continues to wreak havoc globally.

Sterling has been hammered in recent weeks as fears about the economic impact of the pandemic sent investors scrambling for dollars – the world’s most liquid currency and one seen as a safe haven in times of crisis.

On March 20 the pound sank to its lowest level in 35 years.

As things return to normal, the dollar should return some of its recent gains.

However, as sterling has plummeted those forecasts were a sharp climb down from the respective $1.29, $1.32 and $1.35 predictions made only a month ago. That was the biggest monthly drop in the 12-month outlook since Britons voted to leave the European Union in June 2016.

Adding to the currency’s woes, the Bank of England, like dozens of other central banks, has loosened monetary policy. It made two emergency cuts to its Bank Rate, taking it to 0.10%, ramping up its bond-buying program and promising more asset purchases if needed to stop a coronavirus-related shutdown from plunging Britain into a long recession.

Finance Minister Rishi Sunak, for his part, has announced an unprecedented fiscal stimulus plan to try and keep the economy afloat.

As the virus sweeps across Europe, governments in the eurozone have also unveiled huge stimulus measures and the European Central Bank has increased its asset purchase target for this year to around 1.1 trillion euros.

Against the euro, sterling will fare worse than was expected last month. On Thursday one euro would get you about 88 pence and the poll suggested it would be worth 90p in one and six months, and then 88p again in a year.

In the March poll, the respective forecasts were all 85p.