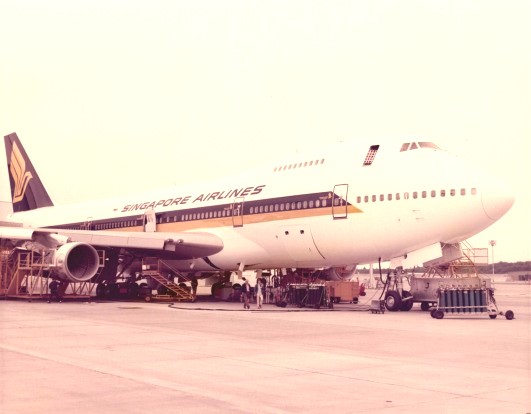 Singapore Airlines Group said Thursday it will eliminate 4,300 jobs due to the “long road to recovery” for the global aviation industry battered by the coronavirus pandemic.

The group said in a statement it will cut the positions across Singapore Airlines, regional arm SilkAir and budget unit Scoot.

After taking into account a recruitment freeze, natural attrition and the take up of voluntary departure schemes, it said the actual number of laid off staff will be only about 2,400 in Singapore and overseas.

The group said it is in a vulnerable position compared to other airlines as it does not have a domestic market that would be the first to see a recovery. To remain viable, it said its airlines will operate a smaller fleet on a reduced network in the coming years.

“This decision was taken in light of the long road to recovery for the global airline industry due to the debilitating impact of the Covid-19 pandemic, and the urgent need for the group’s airlines to adapt to an uncertain future,” it added. The company said it has begun talks with Singapore-based unions to finalize the arrangement.

Singapore Transport Minister Ong Ye Kung said in a Facebook post that the retrenchment was inevitable with air travel decimated by the pandemic, and that the vast majority of affected staff are foreigners. He pledged the government will work with trade unions and industry partners to help the affected workers find new jobs or transit to other industries.

The Singapore Airlines group in July reported a 1.12 billion Singapore dollar ($820 million) net loss for the three months to June, its largest quarterly loss. It has said it expects to operate at under half its capacity until next year.