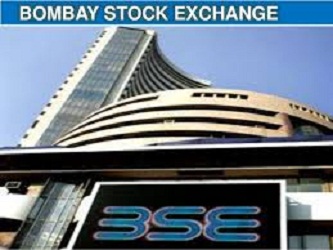 Domestic stock markets started Thursday’s session on a lower note amid volatile trade tracking weakness across Asian markets, as investors fretted over the slow pace of US stimulus talks and an increase in the global spread of coronavirus pandemic. The S&P BSE Sensex fell 176.00 points – or 0.43 per cent – to hit 40,531.31 at the weakest level recorded in early deals, and the broader NSE Nifty 50 benchmark slid to as low as 11,890.00, down 47.65 points – or 0.40 per cent – from its previous close. Losses across sectors – led by banking, financial services, IT and pharmaceutical stocks – dragged the markets lower.

Dr Reddy’s Laboratories, Hindalco, Power Grid, ICICI Bank and Asian Paints, trading between 1.11 per cent and 1.71 per cent lower, were the worst hit among 34 laggards in the Nifty basket of 50 shares.

On the other hand, Bajaj Finserv, Britannia, Bajaj Finance, UltraTech Cement and Adani Ports, up 0.69-2.39 per cent each, were the top precentage gainers in the index.

Reliance Industries, ICICI Bank and Infosys were the biggest drags on Sensex.

The government is working on a new stimulus package to support the economy amid positive signs of a fall in COVID-19 cases, news agency Reuters reported quoting a senior finance ministry official.

The development comes five months after the government rolled out the first stimulus package, called Aatmnirbhar Bharat, to support the economy against the damage caused by the coronavirus pandemic-related nationwide lockdown.

Global investor sentiment took a fresh hit over talks to boost the world’s largest economy after US President Donald Trump on Wednesday accused Democrats of being unwilling to craft an acceptable compromise on stimulus, following reports of progress earlier in the day.

It remains unclear whether stimulus negotiations would continue ahead of the US presidential and congressional elections on November 3.

Shares in Asian markets fell in early trade on Thursday, with MSCI’s broadest index of Asia-Pacific shares outside Japan last seen trading 0.63 per cent lower. Japan’s Nikkei 225 benchmark was down 0.69 per cent.