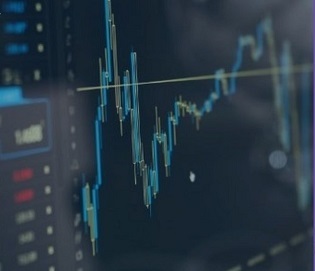 The Indian rupee gained on Thursday after the US Federal Reserve (US Fed) kept its policy rates unchanged while tightening the pace of normalisation.

The US Fed said it would buy $30 billion less in bonds from the market every month, while 12 members of the 18 guided expected three rate hikes in 2022. However, it kept its target range for federal funds rate at 0-0.25 per cent, leading to a rally in EM currencies.

The dollar index, which measures the greenback’s strength against major global currencies, fell 0.49 per cent to 96.04. Most currencies in Asia rose against the dollar, with the Philippines peso leading the gain.

The rupee closed at 76.09 a dollar, up from its previous close of 76.23 a dollar. Currency dealers say the Reserve Bank of India (RBI) stepped in to intervene at 76.3 levels, leading some to cut their positions in a thin market.

There were dollar sales by a large Indian conglomerate, too, said dealers.

“If the Omicron variant doesn’t disrupt the market, the rupee will not depreciate in a hurry. The US Fed-related uncertainties, at least, are largely over with clear communication about the future course of action,” said the head of treasury of a foreign bank.

In a recent Business Standard poll, most of the participants had expected the rupee to stabilise at around the current levels, or even appreciate back to 75 levels by March, when the US Fed’s policy plan becomes clear to the market.

In the interim, though, volatility is expected.

Notwithstanding the US Fed stance, Bank of England raised its bank rate to 0.25 per cent, while continuing with its £895-billion quantitative easing programme. The pound soared, as a result, pulling the dollar down further.

“Technically, the dollar-rupee spot pair support is at 76-75.88 levels, while resistance is at 76.25-76.44 levels,” said Sriram Iyer, senior research analyst at Reliance Securities.

CR Forex expects higher volatility in the pair, with an expected short-term range of 75-76.5.

The bond market remained flat in response to the US Fed policy. The 10-year bond yield closed at 6.37 per cent, compared with 6.36 per cent on Wednesday.

“The long-term bond yields should stabilise at around these levels for now. The RBI is not going to raise rates in a hurry, and its accommodative stance will continue for some more time. It doesn’t look like the government will need to borrow extra, rather some auctions could even be cancelled near the end,”