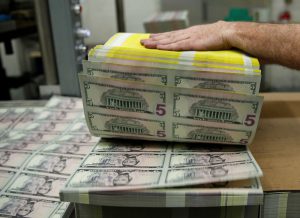 The British pound slipped early on Wednesday after a poll showed a narrowing lead for Prime Minister Boris Johnson’s Conservative Party in an election later in the week, while U.S. dollar movement looked to the Federal Reserve’s policy meeting.

Investors were also focusing on what U.S. President Donald Trump will do with U.S. tariffs on nearly $160 billion worth of Chinese consumer goods, due to set in on Dec. 15. Investors have generally believed the tariffs would be at least postponed to salvage a trade deal with China.

A closely watched model from pollsters YouGov showed Britain’s prime minister is on course to win a majority of 28 in parliament at Thursday’s election, down sharply from a forecast of 68 last month.

The pound had rallied for the past couple of months on rising expectations that Johnson will secure an outright majority in parliament after a Dec. 12 election to end Britain’s political paralysis over Brexit since 2016.The dollar was traded at 108.80 yen, flat in early Asia after a gain of 0.15% the previous day.

The White House’s top economic and trade advisers are expected to meet in coming days with Trump over that decision, one person briefed on the situation said.

The euro stood at $1.1092, having risen 0.23% on Tuesday after the ZEW research institute’s monthly gauge on economic morale among German investors showed improvement far beyond that of December.