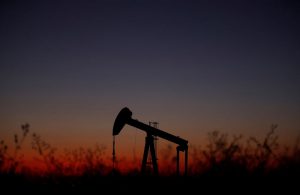 Want the lowdown on European markets? In your inbox before the open, every day. Sign up here.

The pound rallied for a second day amid optimism a speedy resolution to the Brexit deadlock is in store after the Conservative Party’s election victory.

Sterling advanced against all its major peers after Chief Secretary to the Treasury Rishi Sunak said the government plans to put its Brexit legislation before Parliament ahead of Christmas to ensure the country will leave the European Union as planned at the end of January.

“With the Tories’ decisive victory, U.K. markets should quickly shift focus to the coming trade negotiations and spending priorities,” Audrey Childe-Freeman and Tim Craighead, strategists at Bloomberg Intelligence, wrote in a research note. “Sterling has room to keep running.”

The U.K. currency is being pushed higher by hedge funds, according to an Asia-based currency trader, who asked not be named because the person is not authorized to speak publicly. Most clients are confident U.K. Prime Minister Boris Johnson will successfully execute Brexit with the EU and reach a free-trade agreement with the U.S., the trader said.