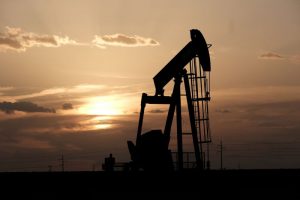 Oil prices dipped on Monday as rising coronavirus cases upset hopes for a smooth recovery in fuel demand, with the main crude benchmarks on track for their first monthly falls in multiple months after last week’s slips.

Brent is on track to fall for the first month in six while WTI is headed for its first monthly loss since April as the reimposition of mobility curbs in some countries clouds the outlook on fuel demand recovery.

More crude is also being exported from OPEC producers Iran and Libya despite efforts by the Organization of the Petroleum Exporting Countries and their allies to limit output.

Last week, U.S. energy firms also added oil and natural gas rigs for a second week in a row, according to Baker Hughes.

Still, OPEC Secretary General Mohammad Barkindo said on Sunday that commercial oil inventories in OECD countries are expected to stand only slightly above the five-year average in the first quarter of 2021, before falling below that level for the rest of the year.

The one factor that may offer some support to the market is the prospect of strike action, ING analysts said.

In Norway, one of the largest oil producers outside OPEC, a workers’ strike that may take place on Sept. 30 is threatening to cut its production by 900,000 barrels per day, the Norwegian Oil and Gas Association (NOG) said on Friday.

Also, one of the heaviest clashes between Armenia and Azerbaijan since 2016 broke out over the weekend, reigniting concern about stability in the South Caucasus, a corridor for pipelines carrying oil and gas to world markets.

“The bulk of the buying that was seen over the week was driven by short-covering, with the gross short position falling by a little over 20k lots,” the ING analysts said. Investors may have heeded the Saudi oil minister’s warning against shorting the oil market, they said.