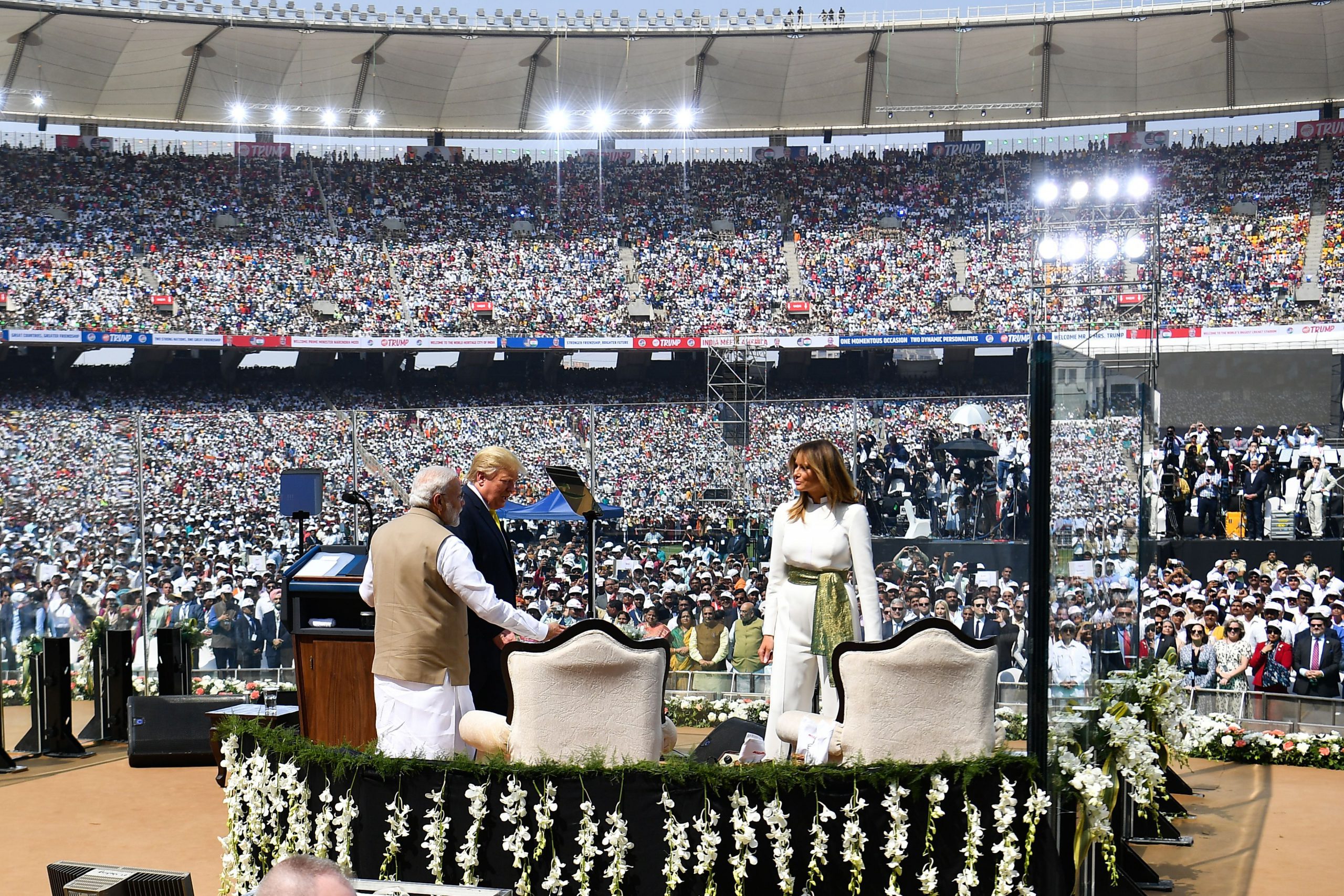 Donald Trump was cheered by more than 100,000 Indians at the opening of the world’s largest cricket stadium on Monday, promising “an incredible trade deal” and “the most feared military equipment on the planet” at his biggest rally abroad.

Modi, a nationalist who won re-election last year and has shifted his country firmly to the right with policies that his critics decry as authoritarian and ethnically divisive, touts his relationship with Trump as proof of his own global standing.

U.S. officials have described Trump’s visit as a way to counter China’s rise as a superpower.

“You have done a great honour to our country. We will remember you forever, from this day onwards India will always hold a special place in our hearts,” Trump said to thunderous applause.

India is one of the few big countries in world where Trump’s personal approval rating is above 50%. It has built up ties with the United States in recent years as Washington’s relationship has become strained with India’s foe Pakistan.

“As we continue to build our defence cooperation, the United States looks forward to providing India with some of the best and most feared military equipment on the planet,” Trump said.

Trump said the two countries will sign deals on Tuesday to sell military helicopters worth $3 billion and that the United States must become the premier defence partner of India, which relied on Russian equipment during the Cold War. Reuters reported earlier that India has cleared the purchase of 24 helicopters from Lockheed Martin worth $2.6 billion.

But in a sign of the underlying political tensions in India, violent protests broke out in Delhi – where Trump is due on Tuesday – over a new citizenship law that critics say discriminates against Muslims and is a further attempt to undermine the secular foundations of India’s democracy.

Vehicles were set on fire in the eastern part of Delhi, metal barricades torn down, and thick smoke billowed through the air as thousands of those who are supporting the new law clashed with those opposing it.