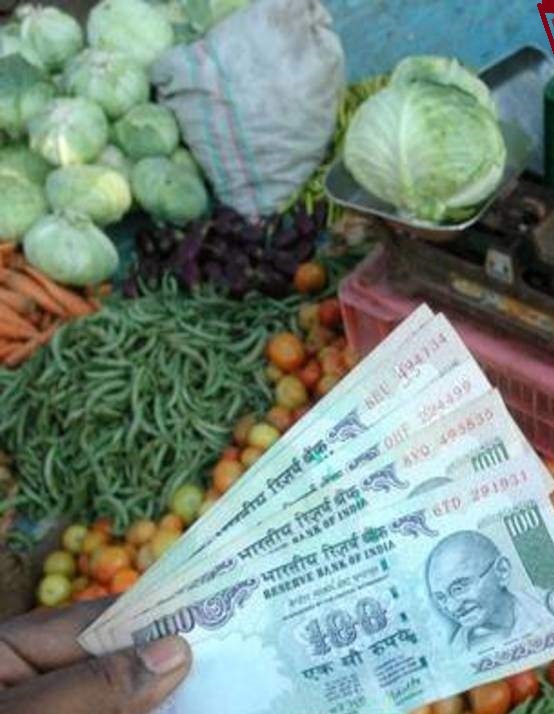 Wholesale price index-based inflation, led by soaring prices of fuels and those of manufactured products, touched its highest point in more than eight years in March.

The rate rose to 7.4 percent in the month against 4.17 per in February and 2.51 percent in January, the data released by the Ministry of Commerce and Industry showed on Thursday.

The rate of price rise is expected to be in double digits in the near term, led by food and a low base of last year, economists cautioned.

This dims hopes for any policy rate reduction in the near term even as there is economic uncertainty amid the second wave of the pandemic in the country.

Its retail price counterpart — the consumer price index — released on Tuesday also saw inflation surge to a four-month high of 5.03 per cent in March, on the back of a sharp rise in food and core segment.

“WPI inflation has printed much higher than our expectations of 6.1 percent, with faster than anticipated upticks in inflation for core items and fuels. We expect the headline and core WPI inflation to rise further over the next two months, peaking at around 11.0-11.5 per cent and 8-8.5 per cent, respectively, in May 2021,” said Aditi Nayar, principal economist, ICRA Ratings.

“The expected trajectory of WPI inflation, and its partial transmission into CPI inflation, supports our view that there is negligible space for rate cuts to support growth, in spite of the growing uncertainty related to the surge in Covid-19 cases, localized restrictions, and emerging concerns regarding migrants returning to the hinterland,” added Nayar.

Annual inflation in FY21 stood at 1.2 percent against 1.7 percent in FY20, the lowest in the last five years.

Manufactured products, which account for 64.23 percent of the index, saw the inflation rate rose to a series high of 7.3 percent in March from 5.81 percent in February.

Fuel and power, which has a weighting of 13.2 percent in the WPI, saw inflation touch a 28-month high of 10.25 percent, against 0.58 percent in February and a contraction of 4.78 percent in January.

The crude petroleum inflation rate rose to 73.7 percent in March from 7.18 percent in February.

“We expect WPI inflation to continue to rise for a few more months, possibly reaching double digits the first time since September 2011 in May 2021,” he said.

The food index in March 2021 rose to a five-month high of 5.28 percent in March against 3.31 percent in the previous month and a contraction of 0.26 percent in January.