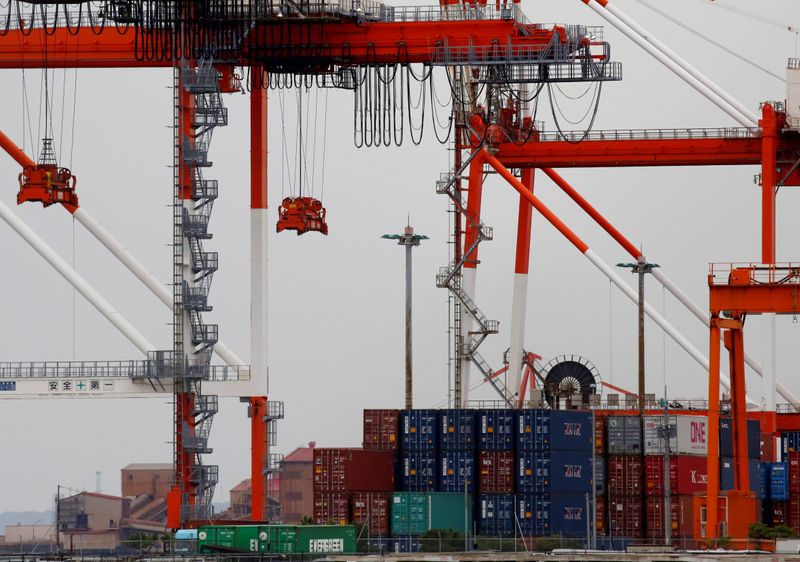 Japan’s exports fell in May at the fastest pace since the 2009 global financial crisis as U.S.-bound car shipments plunged, bolstering expectations for a deeper contraction in the world’s third-largest economy this quarter.

Official data out Wednesday showed Japan’s exports fell 28.3% in the year to May, the largest slump since September 2009. The result was worse than a 26.1% decrease expected in a Reuters poll and extended double-digit declines for a third straight month.

U.S.-bound exports – Japan’s key market – halved to mark the biggest annual drop since March 2009, due to more than 70% declines in shipments of cars and car parts. Japan is the world’s second-largest exporter of autos.

U.S.-bound exports fell to 588 billion yen ($5.48 billion), the lowest since February 2009, shrinking Japan’s trade surplus with the United States to 10 billion yen, the smallest since records began in January 1979.

The plunge in U.S.-bound auto exports weighed on Japan’s automaker stocks with Mazda Motor, Hino Motors and Isuzu Motors all losing more than 4%.

While recent indicators suggest the U.S. economy is emerging from the depths of its coronavirus slump, businesses are still dealing with the effects of travel and social distancing restrictions.

Globally, automakers are struggling to recover from heavy lockdowns in many countries that pummelled demand for cars. Nissan Motor Co. has announced plans to slash production capacity and its model range by about a fifth to help cut costs, following a slide in sales.

Exports to China, Japan’s largest trading partner, fell 1.9% in the year to May, due to declines in chemical raw materials, cars and chip-making equipment. It followed the prior month’s 4% annual decline.

Shipments to Asia, which account for more than half of Japanese exports, declined 12%, and exports to the European Union also fell 33.8%.

Japan’s economy slipped into recession for the first time in 4-1/2 years in the first quarter and is on course for its deepest postwar slump as the pandemic ravages businesses and consumers.

The Bank of Japan on Tuesday increased its support through lending schemes for struggling businesses to $1 trillion, following government efforts to stop the economy from sliding deeper in recession with $2.2 trillion fiscal stimulus packages.

While the central bank expects a gradual economic recovery in the second half, the collapse in trade and bleak sentiment surveys suggest industries have a long way to go to make a sustained comeback.

Analysts warn the current quarter will be especially dire as consumers stayed at home and businesses closed their doors.

Reflecting weak domestic demand as well as the collapse in crude oil prices, overall imports fell 26.2% in the year to May, the biggest drop since October 2009, the trade data showed.