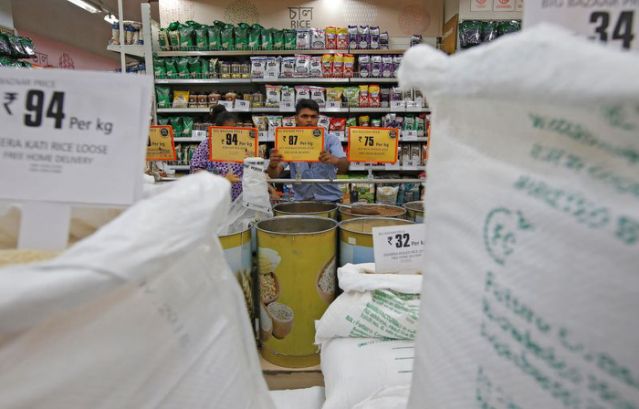 India’s retail inflation eased to a two-month low in February, helped by a smaller increase in food prices, paving the way for a potential interest rate cut by the central bank amid concerns of economic activity losing steam due to the coronavirus.

Inflation rose to 6.58%, but remained above the Reserve Bank of India’s target band. However, inflation came lower than economists’ estimates of 6.80%, polled by Reuters.

India has announced 73 confirmed cases of coronavirus so far and on Wednesday said it will suspend the vast majority of visas to the country in a wide-reaching attempt to prevent the spread of coronavirus.

The government’s principal economic adviser said last week the bank had room to cut rates as inflation is set to decline in coming months, saying it was one of the tools available to shield the economy from the impact of the outbreak.

The market has also been expecting an off-cycle interest rate cut but a Finance Ministry source has said no such step is being considered at this point in time.

India’s monetary policy committee is scheduled to meet on March 31, according to its website. A rate decision is unlikely to be taken by the RBI before its scheduled meeting, both the officials said.

India’s economic growth, which had already slowed to a over six year low of 4.7% in Oct-Dec quarter, could be further hit as coronavirus has disrupted supply chains and created widespread disruptions in economic activity across the globe.

The Indian stock markets plunged into bear territory on Thursday after the coronavirus outbreak was described a pandemic and the United States suspended travel from Europe, fanning fears of further disruption to the global economy.

Core inflation, which strips off fuel and food prices to reflect demand in the economy, remained weak in February.