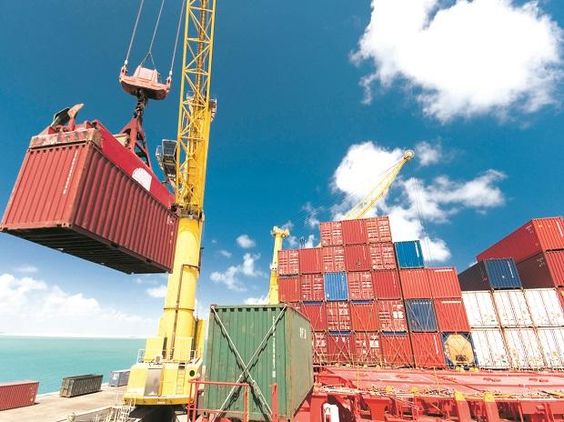 India’s product exports increased by 24.2 percent year on year in April to $38.2 billion, the third-highest level ever, because of rising commodity prices despite the ongoing Russia-Ukraine conflict, according to preliminary trade data issued by the commerce ministry on Tuesday. The previous month had seen $42.2 billion in outbound shipments, which was a new high.

Despite a 73% dip in gold imports to $1.7 billion in April, imports grew at a healthy pace.

Aditi Nayar, the chief economist at ICRA, predicted that the merchandise trade imbalance will be above $20 billion for the majority of FY23 unless commodity prices fell significantly. “Oil was solely responsible for the growth in the merchandise trade deficit. Although the non-oil trade deficit remained stable, its composition changed, with a drop in gold imports being offset by an increase in non-oil non-gold imports such as coal and chemicals — an unpalatable but expected side effect of higher commodity prices brought on by the Russia-Ukraine conflict,” she explained.

Since the commencement of the war in Ukraine on February 24, the outlook for the global economy has deteriorated. Due to the protracted dispute and a potentially more transmissible Omicron subtype encircling China, the World Trade Organization (WTO) cut its global trade prediction for 2022 to 3% from 4.7 percent last month. Despite exceeding the $400 billion export objective by $20 billion in FY22, the commerce ministry has not set a new target for FY23, owing to the global trade uncertainties.