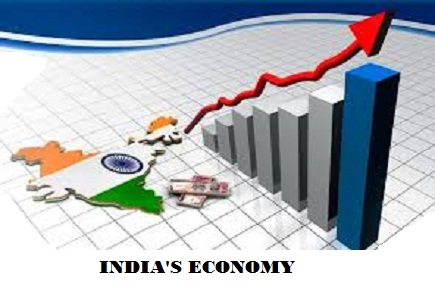 The United Nations Conference on Trade and Development (UNCTAD) has projected India’s economy to contract 5.9 per cent in 2020, and warned the country to not repeat its past mistake of announcing austerity measures. It forecast the economy to grow 3.9 per cent next year.

“In the case of India, the baseline scenario is a sharp recession in 2020 as strict lockdown measures to stem the virus’s spread brought many productive activities to a halt across the country,” UNCTAD said in its report for 2020, titled From Global Pandemic To Prosperity for All: Avoiding Another Lost Decade.

It said, “Although we expect a rebound in 2021 in line with the growth rates of the Indian economy in recent years, the contraction registered in 2020 is likely to translate into a permanent income loss.” However, these numbers are based on constant dollars with 2015 as base year and hence exchange rates might have played an important role in these estimations.

India was not projected as the fastest-contracting economy as the UK, France, Italy, South Africa, Mexico, Argentina and Brazil were forecast to witness more shrinking growth rates in the current calendar year. In fact the GDP of Argentina and Mexico is pegged to fall in double digits this year. However, UNCTAD expected India to witness the steepest contraction in Asia in 2020.

It warned against expenditure compressing measures which countries such as India, Mexico, Brazil, Argentina and South Africa have implemented in the past. “Among G20 countries, Argentina, Brazil, India, Mexico and South Africa have all implemented austerity in the past years but are now struggling to access reliable sources of finance,” the report said.
It said austerity always has a contractionary effect on growth and, absent a large enough current account surplus, drags the private sector into debt.

“Conversely, a stimulus can be self-sustaining and produce the result fiscal hawks long for in a better and faster way.” It said fiscal contraction does not guarantee a country’s public debt sustainability.

“Indeed, especially in weaker economies, fiscal deficits have often derived from government’s squeezing of the private sector, which results in lower tax receipts and higher unemployment. Nor has austerity rewarded its adherents with reliable access to financial markets.”

India had announced a Rs 20-trillion stimulus package for vulnerable sections of society and small businesses. Experts, though, have pegged the fiscal cost of these measures at Rs 2 trillion as many of these had been announced earlier.

UNCTAD expected the global economy to contract an estimated 4.3 per cent this year, leaving global output by year’s end over $6 trillion short of what economists had expected it to be before coronavirus began to spread.

“In short, the world is grappling with the equivalent of a complete wipeout of the Brazilian, Indian and Mexican economies,” UNCTAD said, explaining the severity of the contraction.

And as domestic activity contracts, so goes the international economy; trade will shrink by around one fifth this year, foreign direct investment flows by up to 40 per cent and remittances will drop by over $100 billion, UNCTAD pointed out.

It said the world needs a global recovery plan that can return even the most vulnerable countries to a stronger position than they were in before Covid-19. According to the report, the key to success will be tackling a series of pre-existing conditions that were threatening the health of the global economy even before the pandemic.These include hyper inequality, unsustainable levels of debt, weak investment, wage stagnation in the developed world and insufficient formal sector jobs.