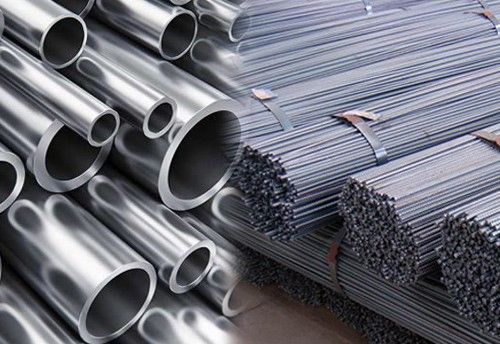 The government’s thrust on infrastructure, coupled with an increase in demand from the construction, engineering, and other sectors, is expected to push up domestic steel consumption in 2022, according to brokerages and rating agencies.

The country’s consumption is expected to jump to 111 million tonnes (mt) in calendar year 2022 (CY22) after a severely impacted CY20, which saw steel consumption falling to 89.3 mt, CARE Ratings said in a recent report.

India’s steel consumption numbers for CY21 could be around 104 mt, which would mean a 17 per cent increase from last year. Between April-November 2021, the consumption was 66 mt, up from 55 mt in the corresponding period of 2020.

The US recently announced a $1-trillion infrastructure spending, which could substantially boost the country’s steel consumption, thereby keeping steel prices firm in the US market, brokerages said.

On the other hand, China, the world’s largest consumer and producer of steel, due to continued production curbs to curtail carbon emissions, has tapered exports, in turn keeping world export prices at elevated levels, they said.

Apart from the production and consumption equation of steel, supply chain performance and logistical arrangements are expected to play a crucial role in 2022 amid the ongoing pandemic, industry officials pointed out.

“Companies and countries across the globe have taken measures to strengthen their logistics but no one knows whether what has been done is enough. That would only be clear as we walk through 2022,” said a senior official with a primary steel producer on the condition of anonymity.

Between financial years (FY) 22-25, a total crude steel capacity of about 25 mt is likely to be added to the domestic market. Of it, 7-8 mt would come in during FY22, while the remaining would take another 2-3 years to get commissioned. Due to this, though domestic consumption is likely to be stronger for 2022, compared to previous years, prices may remain slightly muted, brokerages said.

“In Q3FY22, we have also seen increased pressure on domestic prices as export realisation is again at a discount and demand in the Southeast Asia region has remained lacklustre due to re-emergence of Covid cases. Alongside, the recent uptick in Chinese domestic prices raises hopes of a positive rub-off on the domestic market,” the report added.