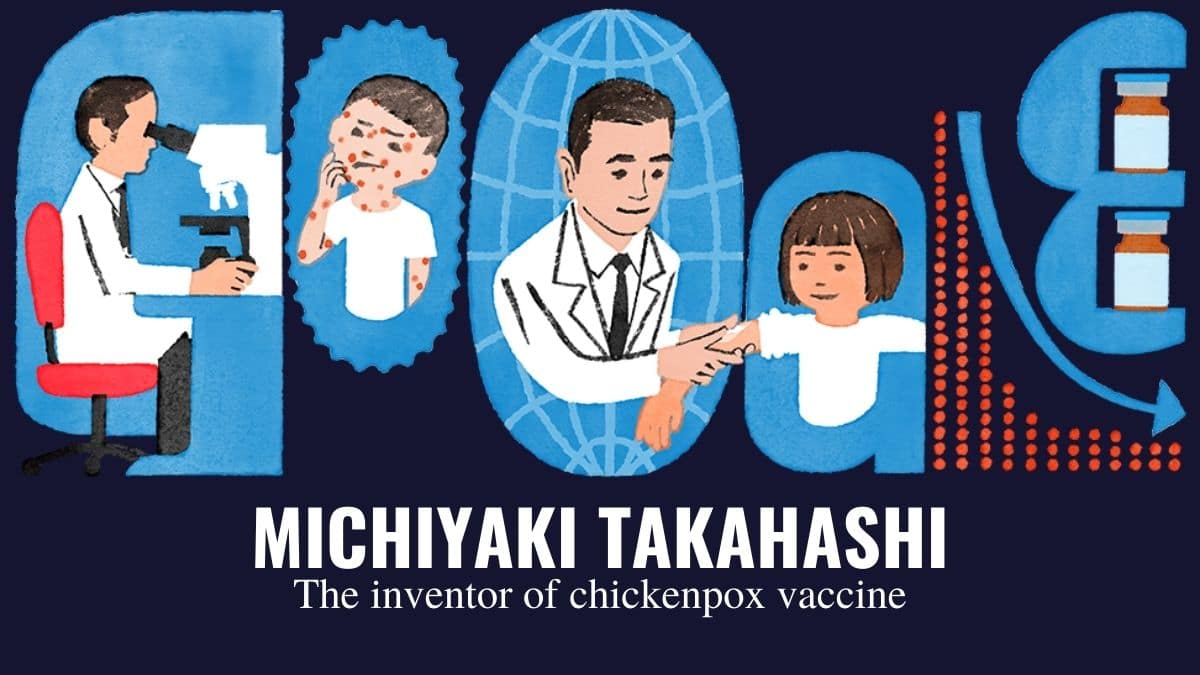 The Google Doodle on February 17 marks the 94th birth anniversary of Dr Michiaki Takahashi, the Japanese virologist who developed the first vaccine against chickenpox.

The Google Doodle, illustrated by Japanese artist Tatsuro Kiuchi, shows Takahashi at work — using a microscope for his study and putting a band-aid on a child’s arm.

Takahashi was born in Japan’s Osaka city in 1928. He grew up to earn a medical degree and join the Research Institute for Microbial Disease at Osaka University in 1959.

Takahashi studied polio viruses and measles at the institute. In 1963, he went to the United States for a research fellowship at Baylor College.

While Takahashi was away, his son caught

After the vaccine was approved by the World Health Organization, the Research Foundation for Microbial Diseases began rolling it out in 1986.

More than 80 countries used Takahashi’s lifesaving vaccine. It has been administered to millions of children around the world.

The virologist’s efforts have helped prevent millions of chickenpox cases every year.

. This led him to focus on combatting the infectious disease.

The virologist returned to Japan in 1965. He began his studies by culturing weakened chickenpox viruses in human and animal tissue.

In 1974, Takahashi developed the first vaccine to target varicella virus — the virus that causes chickenpox. After rigorous research involving immunocompromised patients, the vaccine proved to be highly effective.

In 1994, Takahashi was appointed the director of the Microbial Disease Study Group at Osaka University. He held the position until his retirement.