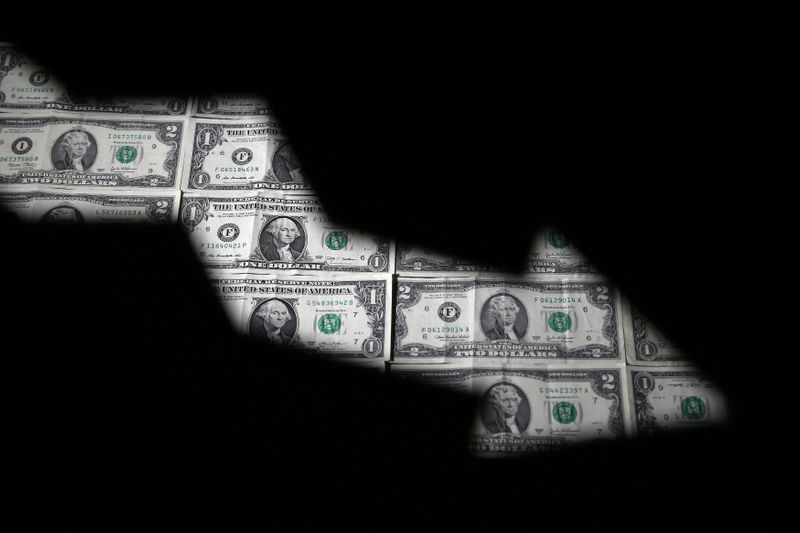 The dollar nursed losses on Friday after its worst day against the euro in nearly two years, as the global spread of the coronavirus fired up expectations for a U.S. rate cut and pushed the hunt for yield elsewhere.

The worsening outbreak now has money markets all but certain the Federal Reserve will lower its benchmark lending rate next month, which was priced as just a 9% chance only a week ago.

Futures pricing shows investors now expect three Fed cuts by mid year, as stock markets have crumbled to be on track for their worst week since the depths of the 2008 crisis.

That shift in pricing, coupled with a plunge in U.S. Treasury yields, makes owning dollars less appealing and sent the euro 1% higher on the greenback overnight as investors unwound carry trades.

At the same time, European Central Bank policymakers played down immediate prospects of easier policy there.

On Friday, the dollar was steady at $1.1001 per euro, just above a three week low, and headed for its biggest weekly loss on the single currency since last June.

It also dropped 0.9% against the Swiss franc overnight , as the spread of the virus to the United States had investors preferring the franc as a safe haven.

The huge shift in money markets also stemmed the flight of capital out of Asian and commodity currencies and in to dollars.

The heavily sold Australian and New Zealand dollars, each down more than 6% against the greenback this year, steadied on Friday.

A great deal is still unknown about the virus itself, but it is clear that it can be lethal and that the pathogen and measures to contain it are wreaking havoc on supply chains, the world’s economy and financial markets.

Initially, the USD weakness is expected to be only modest versus alternatives like the yen, franc and euro; and, the dollar should strengthen versus commodity FX and emerging markets’ currencies.