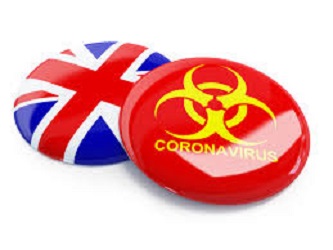 The country is currently examining whether to tighten lockdown measures further to curb the resurgence of the novel coronavirus, having already imposed night-time curfews on major cities including Paris.

The French health ministry on October 25 reported a record 52,010 new confirmed infections over the previous 24 hours .This took the French tally to 11.38 lakh. The ministry said 116 people died from the infectious disease in the 24-hour period, taking the total deaths in the country to 34,761.

After having ‘flattened the curve’ in May, European countries are witnessing resurgence in COVID-19 cases – a second wave of infections. Most countries are tightening curbs as the coronavirus wreaks havoc.

England’s Greater Manchester, South Yorkshire, Lancashire and Liverpool have been put under the highest tier of restrictions. More areas are likely to follow suit. Wales will remain under a ‘circuit-breaker’ lockdown until November 9. Scotland has announced that it will move to a new five-tier system of restrictions starting from November 2. A four-week cycle of restrictions is already underway in Northern Ireland.

German Chancellor Angela Merkel has said her country is on the verge of losing control of its fight against COVID-19. According to a report in The Guardian, Merkel told her party colleagues that “the situation is threatening” and “every day counts”. In leaked comments to an internal party meeting, Merkel spoke of “very, very difficult months ahead”.

The country was reporting less than 1,000 daily cases in mid-September. On October 24, the number spiked to more than 14,700.

Intensive care units will be overrun in a fortnight if the rate of infection continues, a spokesman for Belgium’s COVID-19 crisis centre has said, according to The Guardian. Dr. Yves Van Laethem said the 2,000 intensive care beds would be full with patients without a change of course.

New regulations came into force in Brussels on October 26. The country was reporting less than 2,000 daily cases until September-end. On October 25, Belgium’s daily cases spiked to around 17,700.

Spanish Prime Minister Pedro Sanchez announced a new state of emergency on October 25 in an effort to curb soaring COVID-19 infections, imposing local night-time curfews and banning travel between regions in some cases.

Resurgence of the outbreak started in Spain in August. On October 22 and 23, the country reported over 19,000 daily cases.

Italy’s Prime Minister Giuseppe Conte tightened the nationwide restrictions on October 25 after the country recorded a record number of new cases. Cinemas, theatres, gyms and swimming pools will remain closed under the new rules, which came into force on October 26 and run until November 24.

The country was reporting less than 3,000 cases even in the first week of October. However, the daily figure has shot up to around 20,000.