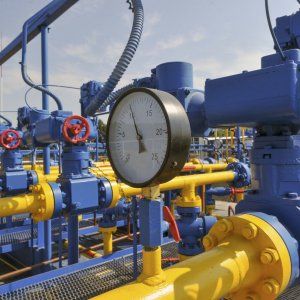 A major California gas utility must pay the state nearly USD 10 million and reimburse customers money it improperly spent on work related to the development of energy-efficient building codes.

The penalties that Southern California Gas Co. faces were handed down Thursday by the California Public Utilities Commission.

The commission, which regulates California’s major utilities, in 2018 prohibited the utility from spending any ratepayer money on advocacy work related to building codes after its internal watchdog found the utility fought standards designed to make homes and businesses more energy-efficient.

Between June 2018 and January 2021, SoCalGas continued to send employees and consultants to participate in workshops, conference calls, and meetings about the development of new state and federal building standards and also withheld key information from the commission, the ruling said.

Christine Detz, a spokeswoman for the utility, said in a statement that the utility was reviewing the decision and looked forward to further engagement on this issue.” She declined to comment further on Friday.

The USD 9.8 million fine falls far short of the USD 124 million penalty that was sought by the commission’s watchdog group and by Earthjustice, an environmental legal group that was involved in the proceedings.

But the fine sent a strong message, said Sara Gersen, a senior attorney for Earthjustice.

SoCalGas has gone rogue for too long, trying to undermine California’s climate goals and keep Californians reliant on polluting gas appliances. It’s good to finally see some measure of accountability, she said in a statement.

SoCalGas distributes natural gas to nearly 22 million consumers in central and Southern California, according to its website.

It’s not the first time the utility has been mired in controversy. A 2015 blowout at the utility’s Aliso Canyon storage facility took almost four months to control and became the largest known natural gas leak in the nation’s history. The utility and its parent company, Sempra Energy, settled with 35,000 plaintiffs for USD 1.8 billion last year.

This week, the utility settled another lawsuit related to the leak that alleged it violated a California law requiring businesses to warn people about possible exposure to toxic chemicals, the Los Angeles Times reported. The agreement requires the utility to pay USD 1.55 million to the Center for Environmental Health, which filed the lawsuit, the state, and counsel, Detz told the Times.

The California Public Utilities Commission’s Public Advocates Office, the ratepayer watchdog group, has also alleged the company has improperly used ratepayer money on activities to promote the continued use of natural gas in buses and convincing cities not to encourage electric appliances in new construction. Detz, the utility spokeswoman, did not immediately comment on those claims.

California has set some of the nation’s most ambitious clean energy goals, and reaching them will require phasing out the use of natural gas.

That’s already underway in some cities, which have banned gas appliances in new construction.

The California Energy Commission stopped short of requiring new construction to be all-electric in its most recent update to state building codes. But the use of electric heat pumps is encouraged and new buildings must be electric ready” even if they use natural gas.

Meanwhile, a recent study by California researchers found that gas-powered stoves are emitting more methane than previously thought, even when turned off. Methane is a highly potent greenhouse gas that contributes to climate change.

California utilities are allowed to spend ratepayer money to participate in state and federal efforts to update building standards, but only if they’re promoting stricter standards, not weaker ones.

In 2017, the Public Advocates Office found SoCalGas had been using ratepayer money to fight against the adoption of stricter building codes that would diminish the need for natural gas.

That prompted the public utility commission in 2018 to prohibit SoCalGas from using ratepayer funds on any activities related to new building standards, regardless of the utility’s position. It did allow them to transfer ratepayer money to other utilities working on such issues.

The USD 9.8 million fine is a result of the utility continuing to engage in that work by sending employees and consultants to participate in workshops, conference calls, and meetings around the development of new state and federal building standards, the commission wrote in its Thursday decision.