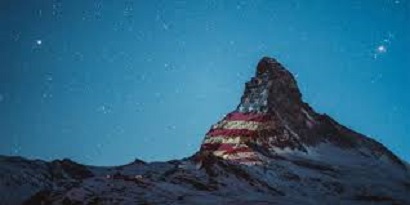 Few stories bring that reality into sharper focus than Simon Romero’s report in Monday’s Times on New Mexico’s neck-and-neck congressional race between first-term Democratic incumbent, Rep. Xochitl Torres Small, and Yvette Herrell, her Republican challenger. New Mexico has trended Democratic in recent years, and a June poll had Biden with a comfortable lead in the state.

“The strategy of running hard to the right by avowing loyalty to Mr. Trump while blasting Democrats for problems associated with the pandemic,” Romero adds, “could be working for Ms. Herrell, who lost the 2018 race by fewer than 4,000 votes.”

What’s happening in Torres Small’s district, which in 2016 went for Trump by a 10-point margin, isn’t going to decide the presidential race, even in New Mexico. But it offers a taste of a powerful current of anxiety and resentment that Trump has positioned himself to exploit, and that — to judge by his shutdown remark — Biden doesn’t seem to grasp.

And he is proposing to resort to a strategy that, as Wall Street Journal reporter Greg Ip reported Monday, is now being viewed by some economists and even health experts as “an overly blunt and economically costly tool” that could have been avoided in favor of “alternative strategies that could slow the spread of the epidemic at much less cost.”

Biden and his advisers may suppose they’re on a glide path to reelection against a manifestly flawed and failed incumbent. But they face an opponent who fights best when he’s cornered, and who will take the same ruthless political advantage of Biden’s line that George W. Bush’s campaign did of John Kerry’s calamitous classic about the Iraq War, “I actually did vote for the $87 billion before I voted against it.” The Hippocratic oath for the Biden campaign should be, “First, do no self-harm.”

The resentment goes just as deep among those who feel talked down to by people whose own track record as experts leaves something to be desired. Remember when (on Feb. 29) the surgeon general tweeted, “Seriously people — STOP BUYING MASKS”? Remember when the most urgent national need was for more ventilators — until those fears proved largely unfounded? Remember the scientists who hypocritically failed to abide by the sort of strictures they demanded of the public?

The next time Biden is asked about lockdowns, he might cite a line from John F. Kennedy: “Scientists alone can establish the objectives of their research,” the 35th president said, “But society, in extending support to science, must take into account its own needs.” That’s a line to win over a wavering voter.